Home » Blog » Uncategorized » A half an hour at a time

A half an hour at a time

In August, I attended the Willamette Writer’s Conference. I returned full of excitement and eager to write. There was also a great deal of interest in my project, once it is further along. Then I got back home, sat down at my desk and froze. I couldn’t figure out what to do first. This project is so much bigger than my first book—interviews, case studies, research, and more research. The scope of it all was a little overwhelming. So, I regrouped and focused on my strengths. I made a big list of all of the pieces in the project. I created a calendar with target dates. And then I remembered how I wrote What’s Yours Is Mine—When a Realist Marries an Idealist a half an hour at a time.

The idea for my first book came in stages which was nice since it took me a while to get used to the idea of being an author and then airing all of my dirty laundry to the world. My day job as a financial advisor occupied a large part of most of my days. In order to get at least 40,000 words down on paper, I had 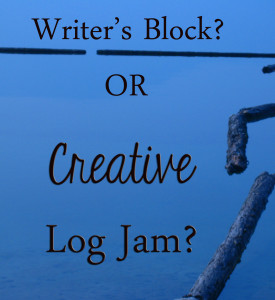 to be disciplined about writing. As I worked through the different stages towards completing my first book I found that here were three different strategies that helped the most. As a financial advisor, I met with clients all over the area. I tried to make my day productive by lining up client meetings one after the other, but that isn’t how it usually worked out. I put together a writing kit to take with me so I could be productive writing when I wasn’t seeing clients. My kit included a three-ring binder with the pages of what I had already written and tabs to separate the chapters, a pencil case that held post-it notes, pencils, pens, and a sharpie. The kit was completed by a small notebook computer. The best part about the kit was that even if I was somewhere that didn’t have power for the notebook computer, I could still write and edit. It would happen at least once a week, but usually more often, that I would be out and about with an hour or two free. I would find a coffee shop or library close to my next client appointment, take out my writing kit, and be constructive for that time. I am certain that at least a third of my book was written during these in between times.

The second strategy for writing often was setting up writing dates with other would be authors. We would find at least a couple hours to meet at a coffee shop and work on our respective projects. As an extrovert, this was really helpful for me. In general, sitting down at my desk by myself to write was difficult, as I’ve already stated. During our writing date we would talk about where we were at with our project including challenges and victories. Most of the time was spent with our heads down and fingers on the keyboard, but it was nice to have someone right there next to me to cheer me on or help me get over a hurdle.

The last and most important strategy was making sure that I wrote every day, even if it was only for a half hour. Every day I would sit down at my desk at least once to write. I would set a timer for thirty minutes. The goal was to write as much as I could during that half hour. The best part was how I felt at the end of the half hour! If I got inspired I could keep writing even after the timer had gone off. If no inspiration came and I couldn’t get in the flow, at least I spent a half hour getting words on the page. I had accomplished writing every day either way.

As I work on my next writing project, I find that I have to go back to these basic strategies. It also helps to remember to do the easy thing first. As I write, doing the easy things first, I will gain confidence and momentum. The further along in my project I get, the next hardest things will be easier. Towards the end, I will have done so much, found so much momentum, how could I not complete this book!

One Response to A half an hour at a time

There are no icons to display.